Robert Swinston, who has been immersed in Merce Cunningham dances for almost 40 years, brings "BIPED" and "Beach Birds" to town

I love the urgency, the surprise, the physical shudder of understanding that a great dance delivers. I hate that once it’s over, it’s impossible to duplicate. We in the audience, after all, will never precisely pass in this way again, and neither will the dancers onstage. That’s where the urgency comes from—the desire to hold on to a particular, delightful filament of moments in time.

So, yes, I’m talking about the late Merce Cunningham and this weekend’s visit (November 21-23) by the French company CNDC-Angers, part of White Bird’s 2019-20 season. The company will perform two of Cunningham’s astonishing works of the 1990s, Beach Birds and BIPED, and if anyone is going to capture lightning in a bottle, it’s going to be these guys. 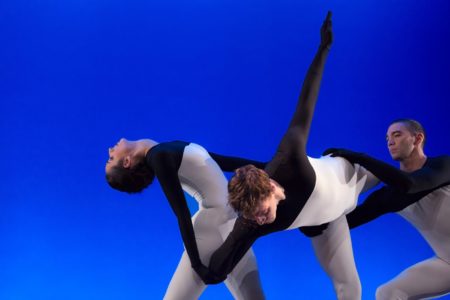 CNDC-Angers is led by Robert Swinston, who was a central part of the Cunningham company for more than 30 years, performing in both Beach Birds and Biped. He began staging Cunningham dances in1993, and after Merce died in 2009, he became both the company’s director for its final two years of existence and a trustee of the Merce Cunningham Trust. He’s led CNDC-Angers since 2013, working with Cunningham material of various kinds and with other companies along the way.

The confluence of the Trust, Swinston, and the nature of Merce’s dances, which are organized around a defined dance technique, mean that we’re going to see something very close to the original Beach Birds and BIPED at the Newmark Theatre this weekend. The can’t take us back to the ‘90s or the experience of watching these dances performed for the first time, but the only thing missing entirely will be the shock of the new—because choreographers around the world have been influenced by Merce generally and these two dances in particular. I think that if you’re a dance fan, you’re going to see this right away.

I emailed a few questions about the concert to Swinston and he was kind enough to reply.

Do you have a philosophy for your restagings of Cunningham dances (fidelity v. interpretation)

My first re-stagings of Cunningham’s dances came as assistant to Chris Komar in 1993. It is a matter of finding the facts first, and that means defining the moment materials and verifying it in conjunction with Merce’’s notes, actual video in rehearsal and in performance by the group of dancers who premiered the dance. In many cases, Merce notes are not sufficient, because he added many permutations when he consulted with each dancer personally. The element of interpretation is always there, because each dancer is physically, mentally and spiritually different and unique.

What was your own experience creating and dancing these great dance works?       Has your thinking about them changed since then?

My own experience as a dancer who loved learning and performing these great works has only enhanced my experience as a director and re-stager. I am continually astounded by Cunningham’ genius. As he was a keen observer of nature, he sought complexity and he found that in his use of chance operations. I witness something new each time I watch these dances, because there is always so much to see compositionally in movement, time and space. 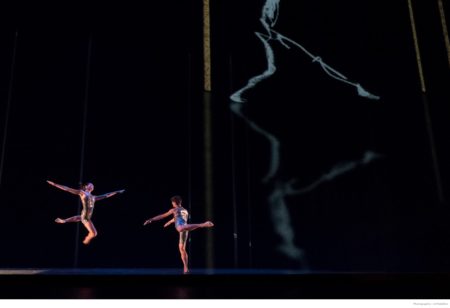 How do you think of BIPED and Beach Birds in terms of the rest of Cunningham works? How about in terms of dance being made today?

When Cunningham was introduced to the software, Life Forms (now Dance Forms) in 1991, his method of choreography started to charter new horizons. Beach Birds and BIPED are two works whose synthesis of movement, music, decor, light and costume is magical. Each exemplifies Cunningham’s interest in nature and in technology.

Can you share how you think about preparing today’s dancers for these dances? How do they compare to the dancers of the ’90s when the dances were created?

I prepare them as I prepared the Cunningham Company dancers, who I directed for the two and a half years after Merce’s passing. A daily Cunningham class, reconstructing section by section and ultimately a run-through, notes and repeat whatever is needed. At the same time, the dancers are studying on that laptop or computer when they are not on the dancing space. The dancers of the Company CNDC compare favorably with the dancers of MCDC. They are predominantly French dancers: 10 French, one Portuguese, one Italian, one Japanese, one Canadian. They accomplish the difficult and the simple and bring their personalities to the stage.

What would you like to say to the White Bird audience in advance of the concert here? Any advice?

When I first saw the Cunningham company in 1972, I didn’t get it. At the time, I was an apprentice at Martha Graham, where there is always a causality—narrative, characterization and a beginning, middle and end. With this baggage, there was a kind of expectation I carried, that later I realized, could never be satisfied. I returned [to see the Cunningham company] every year after, and in 1976 I became a real fan. There was so much to see and I realized that there was no necessity for me to comment in my mind. Just watch, look and listen. Try not to sum it up, just experience the rare beauty.

October DanceWatch: The moves get spooky